Dung Quat Refinery’s technology and equipment are licensed and regularly upgraded by the world’s leading designers and manufacturers such as UOP and Merichem (USA), Jacob (Netherland), Axens (France), and MCI (Japan).  The refinery’s management system is compliant with the current leading standards in the petrochemical field including ISO 9001:2015, ISO 14001:2015 and OHSAS 18001:2007.

Dung Quat Refinery has played a pioneering role in building the foundation for the development of the Vietnamese petrochemical industry. The refinery aims to be a leading driver in the formation of the country’s major petrochemical cluster. 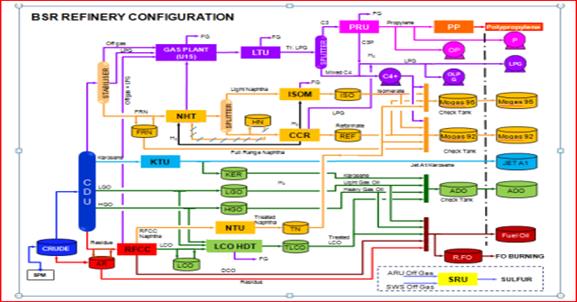 Products and Output of the Dung Quat Refinery

The refinery is designed and built to produce different types of petroleum and petrochemical products.  Currently, key products and output include:

The production operation of the refinery has been continuous and stable, reaching 107% of the designed production capacity. The operating coefficient increased from approximately 90 to 95%, the maintaining coefficient reduces from 19.5 to 19.1 $US/EDC.

The Dung Quat Refinery is current engaged in an  upgrade and expansion project that will increase production capacity to 8.5 million tons per annum in the near future.

The Dung Quat Economic Zone (DQEZ) was established November 3rd, 2005 and is located in Binh Son District, Quang Ngai Province, Vietnam. The Zone has an area of approximately 10,300 hectares (ha) currently and is planned to expand to approximately 45,332 ha in 2025. DQEZ has remarkable advantages. It is contiguous to the Trans-Vietnam highway and railway networks, links closely to Dung Quat deep seaports and Chu Lai Airport.  This location is also the first point of the Trans-Asia highway, connecting to Laos, Cambodia, and Thailand.

DQEZ is an open economic, interdisciplinary and multi-field zone. The development of the refinery and petrochemical industry and heavy industrial complexes is a priority.  The Zone has attracted many investment projects from large firms, valued at US$ 10.2 billion.  At the Zone, there are approximately 70 companies operating in various industries. The largest include Binh Son Refinery, Dung Quat Hoa Phat steel plant, heavy industrial Doosan ltd., and the International port Gemadep Company.

The Vietnamese government plans for the DQEZ to become a major industrial city by 2025. The modern refinery and petrochemical firms, steel complexes, large power, heavy industrial plants, hi-tech projects, and major seaports are the focus of DQEZ’s development.